Detroit, MI (June 8, 2017) – Graham Rahal of the Rahal Letterman Lanigan Racing (RLL) team became the first IndyCar driver ever to win a doubleheader at the Detroit Grand Prix at the Bell Isle course. Rahal is the first American driver to win at the Dual in Detroit since 1996.

“It was an exhilarating weekend watching Graham win here in Detroit,” said Jeffrey Curran, President of Fleet Cost & Care, associate sponsor for the IndyCar series. “The car was beautiful red, white and blue with the Fleet Cost & Care logo featured on it alongside other great sponsors. Graham was ahead most the race and he won it proudly. We couldn’t be happier going into the Fort Worth race with such great position and momentum.”

Fleet Cost & Care proudly renewed their sponsorship in 2017, continuing the momentum of a successful racing season for the RLL team. For more details about the Series, please visit www.indycar.com.

“I am very proud to have the Curran family and Fleet Cost & Care on board,” said Michael Lanigan, co-owner of Rahal Letterman Lanigan Racing with 1986 Indy 500 winner and three time Indy car champion Bobby Rahal and former late night host David Letterman.  “We have known them for many years and followed their remarkable success in both their crane company and equipment technology systems that is the standard in today’s world markets. We look forward to spending time with Jeff and his clients throughout our race season.” Rahal Letterman Lanigan Racing, based in Hilliard, Ohio and Brownsburg, Ind., is co-owned by three-time IndyCar Champion and 1986 Indianapolis 500 winner Bobby Rahal, former CBS Late Show host David Letterman and Mi-Jack co-owner Mike Lanigan.  In 2017, the team will compete in their 26th year of open wheel competition and attempt to add to their 23 wins – including the 2004 Indy 500 from pole with Buddy Rice — their 29 poles, 91 podium finishes and 1992 series championship.  The team also competed in the American Le Mans Series from 2009-2013 as BMW Team RLL where they won both the Manufacturer and Team Championships in the GT category in 2010 and swept all three GT titles in 2011 – Manufacturer, Team and Driver. In 2012, the team finished second in the Team Championship and third in the Manufacturer Championship and in 2013, the team finished second in the Driver, Team and Manufacturer Championship. In 2014, BMW Team RLL moved to the GTLM class of the IMSA WeatherTech SportsCar Championship with a two-car program and earned six podium finishes including four second-place finishes. In 2015, the team earned three wins, two poles and a total of eight podiums to finish second in the Manufacturer, Team and Driver championships and in 2016, BMW Team RLL added two poles and three podiums with their BMW M6 GTLM entries to bring their current total to 13 wins, 22 poles and 60 podium finishes. 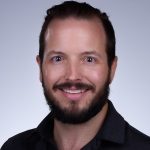